Talented Mavin Records artiste, Rema, has just hit a new milestone. He has joined the exclusive league of African artistes  with over 400 million streams on Spotify. So far, the only African artistes that have achieved this feat are Wizkid, Burna Boy, Davido and Mr Eazi. 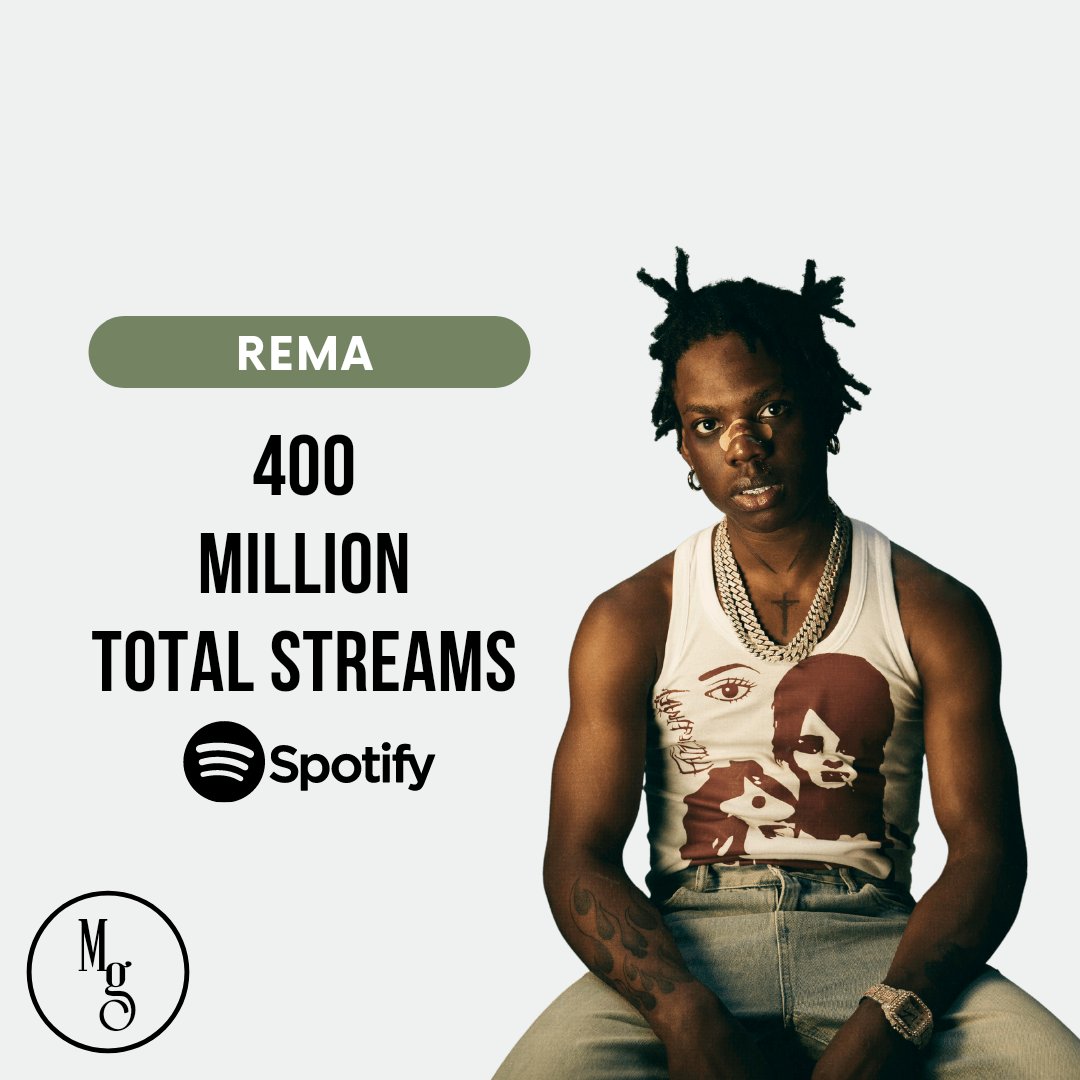 This achievement came after his album, ‘Raves and Roses’, broke a new record by becoming the first album by a Nigerian artiste to record over 40 million streams in a day.

The 22-year-old artiste was able to amass 47.25 million streams in just 24 hours after the release of his debut album. With his penchant for breaking records through his music, Rema proves that he is definitely an artiste that has come to dominate the Afrobeats music industry.